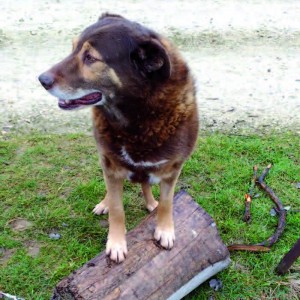 “Next to our house is a farm where a farm dog lives. This one is older and has constipation again and again. I have been giving NutraVital Biotic regularly since it was recommended to me. He hasn’t had any problems since. Besides, his coat looks much better and he’s much more alive again!”

Faye Hertel with dog of the neighbor „Fred“, schoolgirl, Altdorf 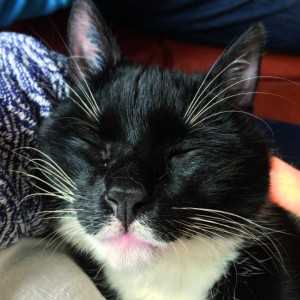 “Our tomcat is a farm cat and came to us as a kitten with acute diarrhoea. The vet found Giardia and other protozoa in the intestines. After antibiotic treatment we received NutraVital Biotic from the vet to rebuild his intestinal flora. Within about 10 days he had normal intestinal activity again! Our tomcat is now over ½ year old and has a nice, shiny coat and a good general condition!”

“Our tomcat Pepe grew up on the streets of Barcelona and was taken to a killing station there at some point. Fortunately, he was saved! When he came to us, he was very ill. Even today, he must often and permanently receive drugs such as cortisone and antibiotics. So far he rejected all probiotic means for the intestinal reorganization, there even the admixing into the dearest treat did not help anything! Finally, we discovered NutraVital Biotic and can do something for its destroyed intestinal flora, because it eats without problems”.

“Wound healing instead of transplantation!” “Our cat was hit by a car and had one paw completely open, the doctor said, without transplantation the coat will probably not grow properly and will always remain an open place… with the wound spray of NutraVital Care the wound recovered so well and in a few weeks the paw was almost completely closed again! “ 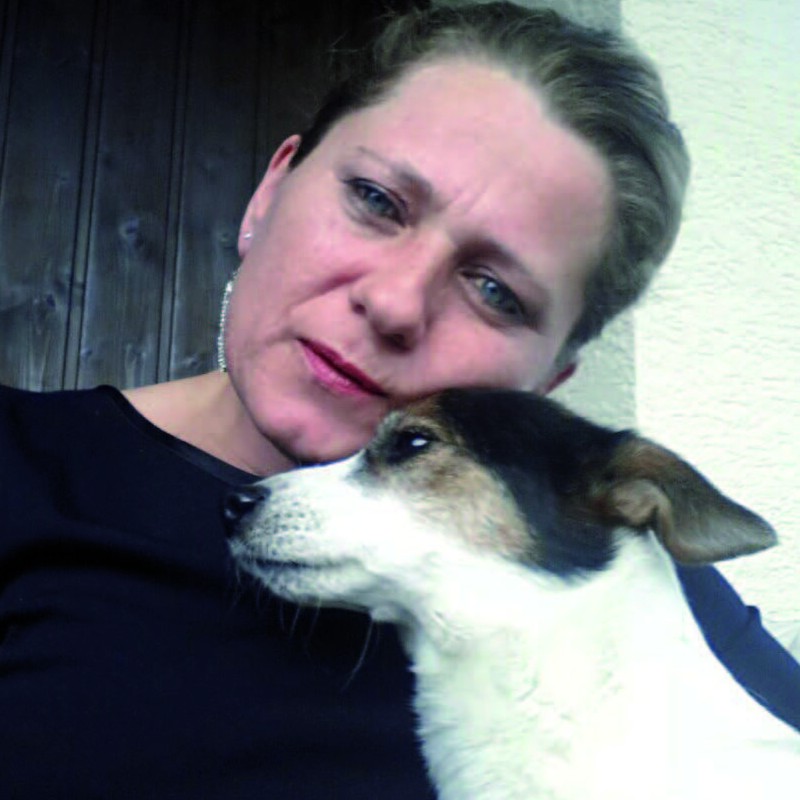 “In connection with the conversion from dry to wet feed, we have had the best experience ever. In the past we have tried it several times and also with different products of wet feed manufacturers, but with a success equal to zero! Every time a dog with a lot of diarrhoea and extremely much grass consumption! Since the application of NutraVital Biotic our dog is in behavior and fitness for at least 3-4 years younger.  The bowel movements are excellent and we don’t have any more grass to eat.

Thank you very much for the great product, I recommend it to everyone. Keep up the good work.” 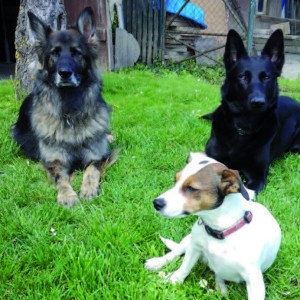 “I am a veterinary nurse and have tried many additional products.

NutraVital Biotic has convinced me in my dog breeding and dog sports.

My dogs are much more resistant to diseases, as well as more stress-resistant in training and competition phases”. 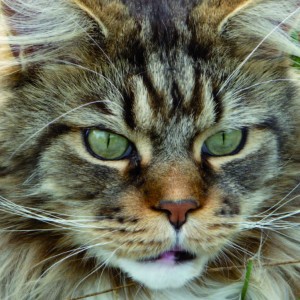 “I have been breeding Maine Coon cats for years and have now tested NutraVital Biotic on my animals. I can confirm that it helps our young animals with the conversion to solid food and is also very well suited for general gastrointestinal care. It also gives the cats a beautifully shiny coat.” 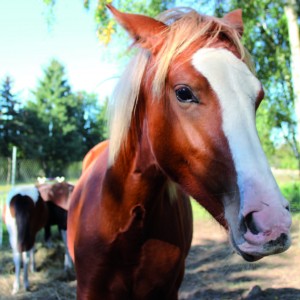 “Our dog Happy is a Boarder-Collie crossbreed. She is very agile to nervous and eats a lot of grass. The administration of NutraVital Biotic has improved this behavior. It has become much calmer and also the grass eating has decreased considerably. I have the feeling that the whole dog has relaxed.” 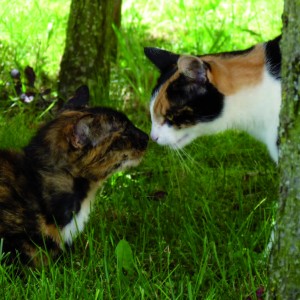 “My two cats both had vomiting and spitting problems. After giving NutraVital Biotic for 1 month, they don’t spit at all! They now also tolerate their food much better, before I had to be totally careful what I feed, now they tolerate everything. And my tomcat, who was extremely lean and rickety and weighed only 2kg, has finally put on weight again and has a healthy, normal weight!” 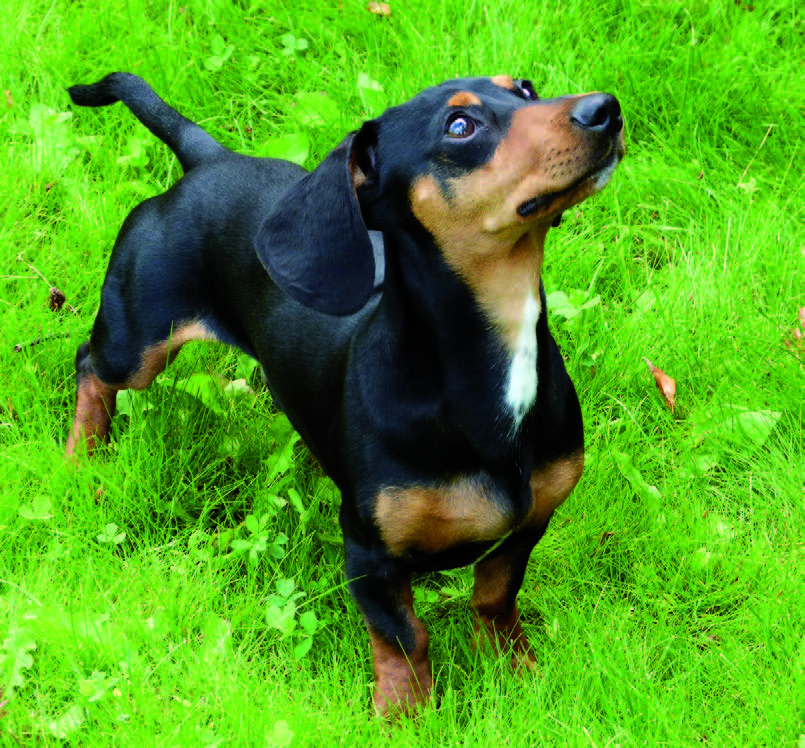 “We have been giving NutraVital Biotic to patients with acute diarrhoea or for intestinal cleansing since the end of 2015. It is eaten well, the animals tolerate it wonderfully and it works. A rapid improvement in diarrhoea occurs, the intestines calms down and the 30-day package is an optimal cure for intestinal regulation. We will gladly recommend it to others.” 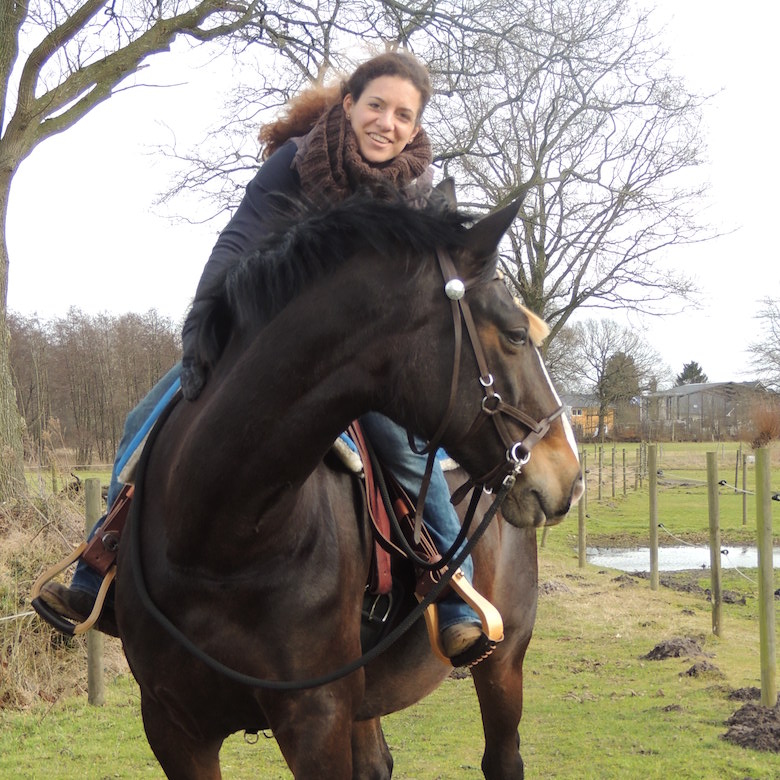 “My 12-year-old Hanoverian mare came to me 8 years ago as a so-called “problem horse”.

She is extremely sensitive and reacts with the smallest changes stressed, aggressive and gets strong excrement water. We have tested numerous posture forms and treatment methods, unfortunately without much success. At the beginning of the year the excrement water was again very strong. For the first time, we fed NutraVital Biotic and already after one week a strong change was visible. In fact, she has been more relaxed and relaxed ever since.

Meanwhile, both horses are fed NutraVital Biotic. The general condition of my gelding’s coat has also improved considerably and shows a beautiful shine.

For us it is certain that NutraVital Biotic significantly enriches our open stable concept. The horses like to eat it and we don’t want to do without it anymore”. 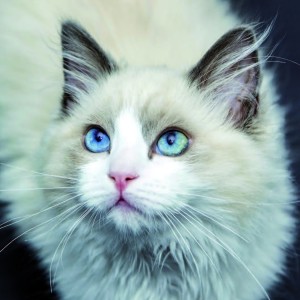 Many cats who come to our shelter have problems with digestion and liquid faeces.
They come from the street, without food, without veterinary care.

These cats were given NutraVital Biotic for 5-6 days after arrival at the shelter.

90% of these cats had no digestive problems after these days unless they had another more serious disease. 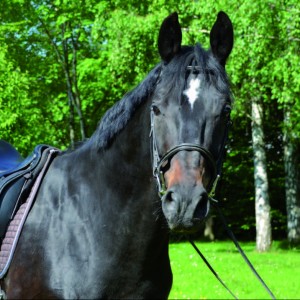 “Our horse “Rescalon” has had frequent problems with fecal water for many years, we have tried a lot, nothing has really helped. After we started using NutraVital Biotic in January 2016, we saw a significant improvement after about 4 weeks. He had almost no fecal water left and he seems much happier! After 4 months with NutraVital Biotic he now has a beautiful shiny coat. “We’re definitely gonna keep feeding it.” 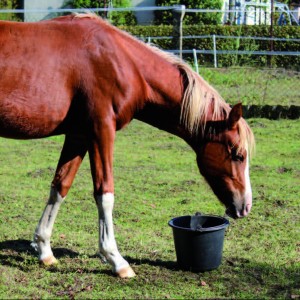 “I have been working as a specialist veterinarian since 2006 and know many horses with fecal water problems. The probiotic intestinal bacteria of NutraVital Biotic can be used very well for intestinal cleansing, it is very well absorbed by the horses and also for colic endangered animals it is a good cure. I’d be happy to recommend it.” 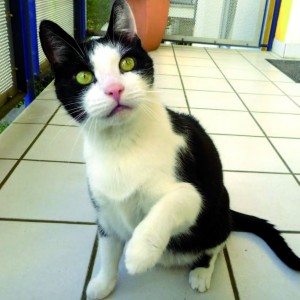 “I have given NutraVital Biotic for 1 month to my 10 year old tomcat as a cure. The application and dosage is very simple, he tolerated it very well, his appetite was significantly increased and his general condition improved. The product is of high quality, I am very satisfied and recommend it to others.”

“In early February, I bought a dog from an animal welfare organization. The puppy (then 5 months young) had very strong mite infestation, single cell infestation, and very strong hair loss all over the body. Through the supportive addition of the NutraVital Biotic powder over the time of medication very quickly showed an improvement and above all a calming in the overall behavior. The bowel movement improved as well as the coat, which has almost completely grown back to this day and, above all, shines beautifully. “Mino” has become very well and also enjoys playing, which he didn’t have at all when I took him in.” 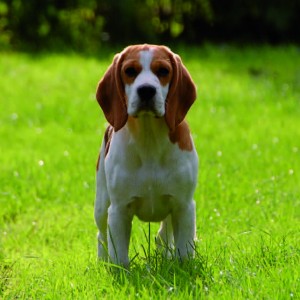 “My she-dog reacted very strongly to standard food and was immediately extremely bloated if it has eaten something bad or wrong. I had to try so much to find something she could take. But because I gave her 1 pack of NutraVital Biotic for 1 month, the allergies and food intolerances have practically disappeared, she tolerates almost everything again, I am absolutely thrilled! I didn’t think it would matter so much. I’m going to give it to her every now and then for her cure.”

Christine Herzig with her Beagle, Neckartailfingen

I have tested NutraVital Biotic with many cats and given samples to my friends who had problems with their cats, e.g. with liquid faeces. Almost always after the second dose of NutraVital Biotic everything was in good condition again.

It is also very important that NutraVital Biotic is very tasty, cats like it like a delicacy! – This helps because cats are not under pressure when they eat it.

I am very happy that a friend told me about this fantastic Probio. For me and my friends who tested it, NutraVital Biotic is number 1. Really 🙂 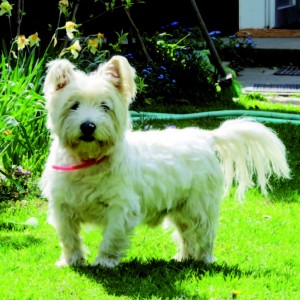 “I am the owner of a Westis where skin irritations (several bald spots) have occurred. After that I added NutraVital Biotic to the food for more than 6 weeks. The result is impressive; the irritations have been removed!” 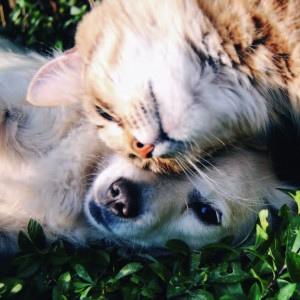 “I was able to test these extremely important and great products NutraVital Biotic für Dogs and Cats. My 3 dogs, 2 1 year old and 1 puppy with 4 months, have received the preparation and now have a faeces with optimal consistency. I also administered the preparation to my 4-year-old cat, as she also has an extremely sensitive stomach and this helps her digestion and excretion of the excrement”. 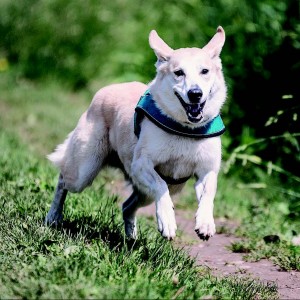 “My dog was very skinny, ate relatively badly, had hardly any intestinal flora and urgently needed an intestinal rehabilitation. After I had been recommended by my vet NutraVital Biotic and fed it, already after 1 week the excrement became clearly better and he was also much better”!